Finally. The weather has remained hot and dry for the best part of the month which has resulted in early migrants across the region. Over the weekend 16-18th a number of species had already made touch down including a record number of Yellow Wagtails, and earliest records for Sedge Warbler, Common Whitethroat and Lesser Whitethroat. Other good birds included 2 Little Ringed Plover, 2 Whimbrel, 1 Wheatear, and 1 Corn Bunting (1st of the year!).

Gembling-Foston-Wansford: 24 Greylags, 2 Canada Goose, 2 Shelduck, 2 Teal, 8 Gadwall, 10 Mallard, 4 Tufted Duck, 2 Grey Partridge, 6 Little Grebe, 12 Coot, 1 Oystercatcher, 2 Green Sandpiper, 30 Sand Martin, 5 Swallow, 4 Yellow Wagtail, 10 Pied Wagtail, 4 Blackcap, 1 Chiffchaff, 2 Willow Warbler, 15 Tree Sparrow, 30 Linnet, 1 Reed Bunting. Activity at the heronry is in full swing at one point a pickup drove along the track next to the wood and put up the adults - 32 in total wheeling about above the heronry at once!

An exceptional movement of gulls was noted - 1540 Common, 3 Herring and 4 Lesser Black-backed Gulls. In winter such a number of Common Gulls would be expected but they typically become scarce by April. Around 90% were immature (2CY/1st summer) birds which is not surprising. Not a single Black-headed Gull could be picked out. Where these birds are feeding during the day is a mystery but presumably they went to roost in the bay, as they do in autumn. How long these flights have been taking place is also unknown - could they have been preparing to leave for northern Europe?

A third day gave me the chance whizz around the best bits one more time. Not as successful as hoped but I did find a pair of Kestrels mating at Harpham plus a Sedge Warbler nearby. On the Yellow Wagtail hotspot the numbers had fallen to 12 but there was also 5 Golden Plover, 22 Lapwing, and 1 Wheatear (another year tick!). 1 Lesser Whitethroat at Gembling and a second Common Whitethroat of the weekend, this one near Kelk Lake. 2 Bullfinch in Little Kelk and, finally, a singing Corn Bunting. The latter was a most welcome year tick, shockingly there was only one bird noted in the whole of 2010.

Plenty of butterflies have emerged including this fresh Speckled Wood at Barf Hill. 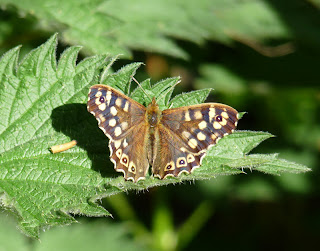 Wheatear in Little Kelk. I failed to find one at all last year so this is very pleasing. I've never had one at this location either, and Spring birds tend to appear on bare & freshly prepared spring crops. 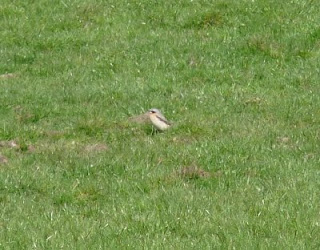 One of the Yellow Wagtails. As above these birds often appear on bare fields in Spring but these were all in the pasture - some even feeding around the feet of cows! In addition to the 21 in this field a further 6 were found. Quite exceptional numbers. 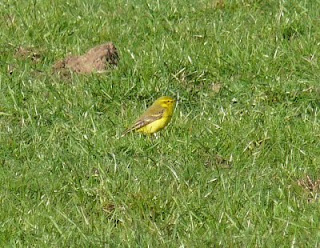 Two of the five Shelduck seemingly resident this Spring. One of the pairs has even been found prospecting for nest sites at a farmyard! 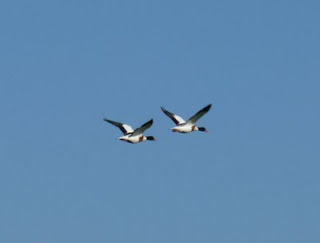 Finally - a Grass Snake, deceased. Not clear what killed it, certainly not a road kill. Fully stretched out it was about 3 feet long. 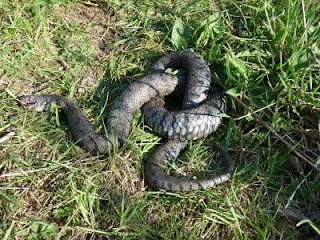 Other sightings were the dead snake, a dead Mole, 4 Roe Deer and 1 Water Vole.

So where does all that leave us? Additions to the year list were, in order of appearance:

In addition to these House Martin has been seen, and Cuckoo put in an appearance on Tuesday 19th - yet another earliest record!

Another interim post I'm afraid. The sun is still cracking flags and the birds are still pouring in. Since leaving on Monday I've missed out on Cuckoo (Tuesday morning - earliest ever record) and House Martins (several on Thursday). Oh well.

Buzzards were especially active in the warm breeze, enjoying the thermals to allow them to soar. Territorial birds were quick to mount a defence of their airspace against wandering birds. This first pic shows one getting a serious talking to by one of the regulars.

It's interesting to compare the different patterns of the two birds together. On the left is a typical bird with fairly even brown across the front of the wing and body. In front is a paler bird with contrasting 'elbow' patches and a hint of a dark band on the chest that could fool one or two people into considering Rough-legged Buzzard. The bird on the left has white undertail coverts which contrast with the dark body, where the paler bird actually has a brown undertail. 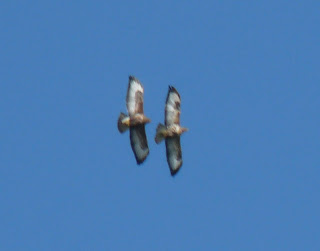 A better shot of the darker bird. They're a huge favourite of mine and a great success story since the first pair arrived in 2005. There were odd records in autumn/winter before that and as such a sought after sighting. Now you can see them easily any day of the year and about 6 pairs overlap with the area. Despite that it's still exciting to see them and long may it continue. 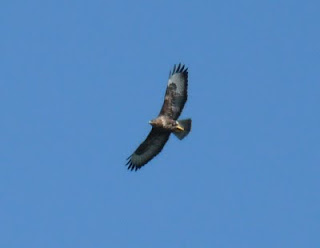 See what I mean. Here's another one. This looks like a young bird in active wing moult - the primaries (outer wing) are complete but the secondaries (inner wing) are still coming through. Adults are in complete plumage at this time of year. Another clue is the lack of a clear black trailing edge to the wing which is clear in the previous two photos. 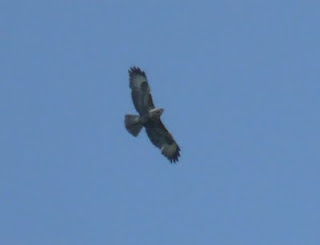 Our most overlooked pigeon but for many people the prettiest is the Stock Dove. They're quite shy and tend not to flock in the way Woodies do. Unlike the latter, these tend to feed on weeds and their seeds rather than corn, making them a freindlier prospect for farmers. It also makes them considerably less common. 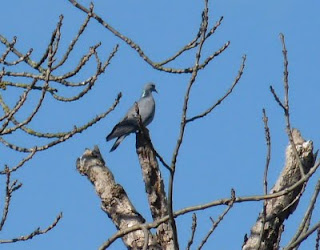 Ok, this last one is just for the silliness factor. Male Chaffinch stood on the road sign at the Gransmoor Road junction. 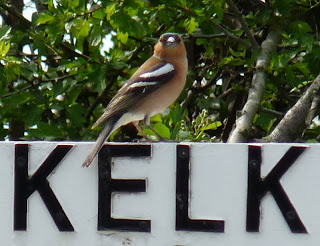 Phew what a scorcher!

I don't care how many Swallows make a summer that was a HOT weekend. While I get my crap together to write up some sightings here's a few snaps of some common residents acting all summery and territorial.

First up a Long-tailed Tit. This one was not at a regular site but clearly being territorial. And the best photo I've managed of these hyperactive beauties. 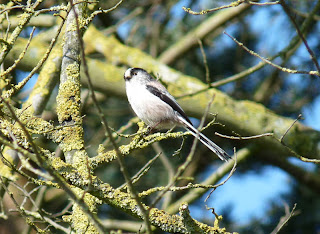 I have discovered Chaffinches can hear my camera bleep - well, normally they to fly away when I switch it on! 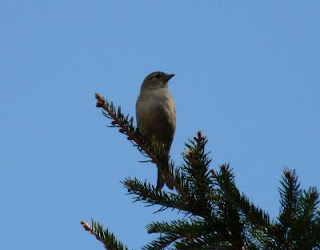 Day flying Barn Owl - this is a particularly pale one, presumably a male, and has been seen in the same area through the winter so he's either super hardy or lucky enough to find a regular supply of food through the ultra freeze. 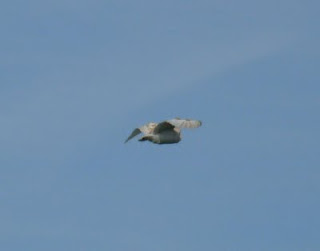 Hedge Sparrow or Dunnock. This one was singing furiously all weekend in the hedgerow opposite the house. 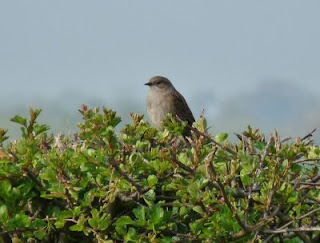 Finally, a male Blackbird at Harpham. They seem to have suffered in the winter but that could change by autumn if the summer plays ball. 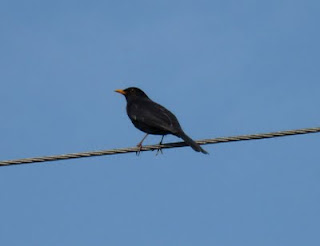