Quiet. The most newsworthy item being my speedy write-up!

The bird of the day was a Peregrine which drew attention by running amok with a flock of pigeons and crows - it appeared small to me so probably a male and not a juvenile but didn't look adult either. A cracking record and follows a similar one in July 2011.

Proper quiet today. Kelk Beck in the morning; 1 Teal, 1 Cormorant flying SW, 1 Sparrowhawk, 3 Buzzard, 2 Kestrel, 3 Coot, 23 Golden Plover (the ones from yesterday had gone so these were perhaps the same), 1 Yellow Wagtail, juveniles of Whitethroat and Sedge Warbler.

As yesterday there was one standout bird, a Little Egret flying SW over Great Kelk. Like the Peregrine the expectation is to find winter birds and yet my first ever local egret was in July 2007.

I had another look around Gembling and Harpham late afternoon but nothing doing.

Butterflies this weekend were few and far between, the grand totals being; 50+ Ringlet, 25+ 'whites', 14 Meadow Brown, 3 Small Tortoiseshell.

Adult Lesser Black-backed Gull, heavily in wing moult. Gulls aren't everyone's cup of tea but these fellas are quite elegant and have an interesting distribution within the area being mostly a summer visitor. 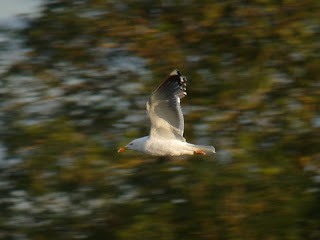 A young Carrion Crow in Kelk. 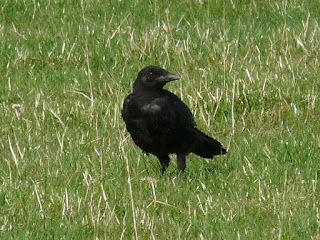 Male Linnet in Kelk. Because they're not really garden birds most people don't realise they're one of the commonest finches in the area - flocks over 100+ recorded on several occasions. 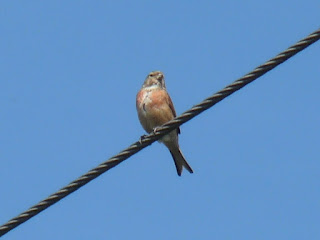 Much more familiar in gardens - Greenfinch. I've heard more than one person refer to them as Green Linnets, which I'd never heard before birding locally. 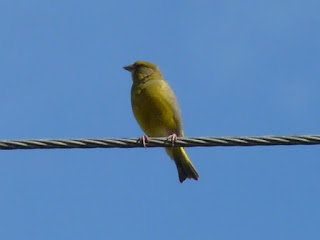 Part of a flock of 23 Golden Plovers, returning from their breeding grounds further north and still in their summer plumage. July records are unusual, however 23 is significant. The crop, by the way, is peas - late sown due to the crappy weather. 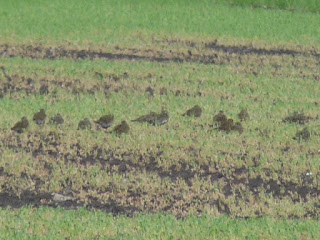 These plovers and the egret were the only year ticks...

Well ok, not the dog, but my notes were swept away in the rain. Yes, that's my excuse for the delay and I'm sticking to it :o)

The best record from the day was a Quail at Gembling briefly calling from a corn field.

In the evening a wander around Harpham didn't add too much but a surprise was 2 Oystercatchers at New Road - a new bird for that area. Also a single immature Common Gull was most unseasonal. The highlight, though, was a new record count of 164 Herring Gulls feeding on freshly cut grass and then seen flying east to the bay to roost. Big gulls are regular in summer but usually small numbers, indeed this is a record count for any time of year. Very strange!

Lapwing dive bombing me presumably for walking too close its young, which I couldn't locate in the corn but I did see a few little ones elsewhere. 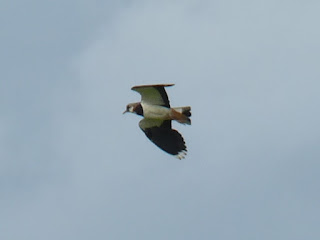 Common Whitethroat at Gembling - the first one I've had the luck and patience to get a snap of. This one has food in its beak so perhaps there was a nest with young nearby. 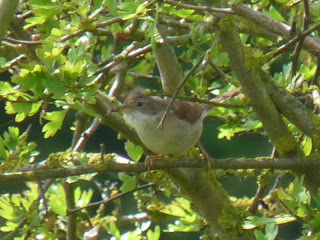 Tufted Duck starting its moult into eclipse plumage. They will look very messy and drab now until October. 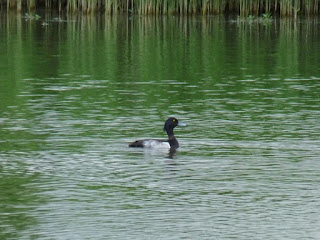 A not-too-bad picture of one of the local pairs of Oystercatchers. I think there have been three pairs locally this year and this is the first year recently when I've found a juvenile - result! 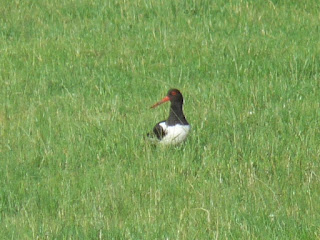 Finally, a vivid sunset over Lowthorpe. For once the weather was actually rather nice on the Saturday and this sight made for a cracking way to end the day. 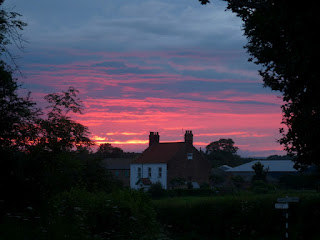 And so here we are, almost time for me to make my July visit.

One addition to the yearlist during the visit, plus one from my brother earlier in the month.

Can I tick it?

It's been two weeks and I'm still catching up on the visit for June. While I gather detailed excuses together here's some random pictures...

But it's a bird, so I can tick it, right? This is what summer does to birders! 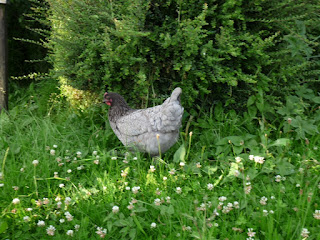 Angry sunset. Been a fair few of these this year. 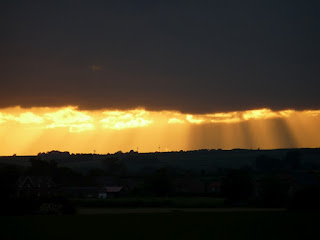 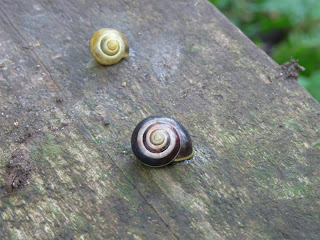 Rescue-copter. A regular sight over Kelk as they move between Leconfield and the coast 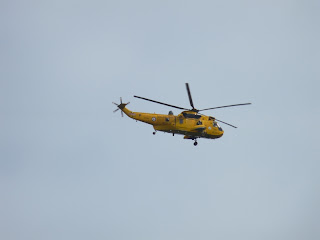 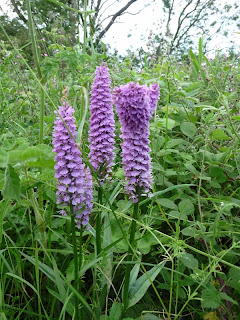