Obligatory use of "Spring" in title

A pretty good weekend with the added bonus of nice weather. There are still four Little Egrets hanging around although they spent most of the weekend invisible and only seen together at dusk on Sunday. Presumably a different bird was at Wansford.

It was still too early for 'proper' summer migrants but both Oystercatcher (5 noted) and Lesser Black-backed Gull (2) are technically migrants, to Kelk at least.

Two drake Shoveler together was a surprise - spring is the best time for them but no location has a particularly good track record over recent years. There's still 210+ Teal and 160+ Wigeon in the area and 14 Gadwall is a good spring total.

Bird of the weekend was a Jack Snipe, flushed from the edge of Kelk Beck, before characteristically dropping straight back into the rough. This is the first one recorded for about five years, though no doubt they are present every winter.

Song bursting out everywhere was a theme for the weekend but in terms of sightings 80 Fieldfare is a good return by recent standards, a pair of Grey Wagtail at Harpham raises hopes, and a Jay fills a gap in the year list that is never simple.

Lesser Black-backed Gulls. This is presumably a pair heading north for the summer. Although they have been seen in every month the majority occur between March and September. It is not often you see this species touch down in the area. 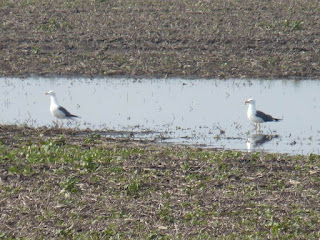 Yet another Grey Wagtail photo. Ah, yes, but this one is a male in summer plumage! 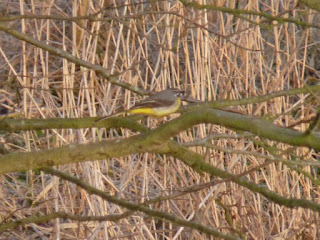 One of the Lowthorpe egrets. Just recently they have changed behaviour and are regularly seen in this wheat field. My theory is they're finding toads and frogs migrating to their spawning ponds, but that's a wild guess. 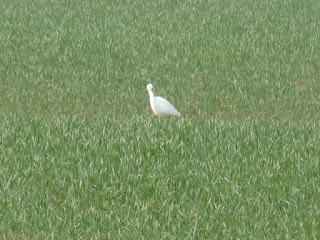 Two drake Shoveler. Not an easy species to see in the area but spring is the most likely time. 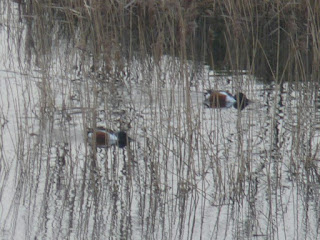 Moody or what! This was dusk on Sunday, all day had been quite murky but by the end of the day the light was really strange. 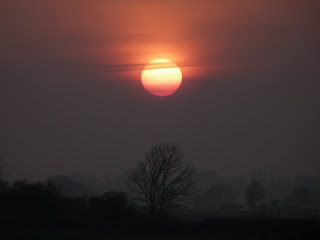