My 2017 got off to a flying start - 68 species. The Great White Egret is still knocking about along with several Little Egrets dotted across the area. I will gather notes and write something soon.

For now though, just a note to say how good it is to see the Chestnut Horse pub in Kelk is back open again after a short spell in darkness. When you hear about the number of pubs, especially rural ones, that have closed over the years, you fear for the worst.

A proper country local. The new owners are still finding their feet but on Saturday the beer was good as was the food. I wish them the best of luck. 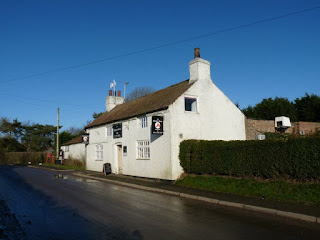 My monthly visits survey has reached 10 years, having started in January 2007. It feels like a significant moment which I wasn't sure I'd achieve when I began. I will write up some posts to reflect on that later but for the time being here's the final piece of that jigsaw.


Little Egret at Lowthorpe. There appear to be four birds in the area though it could be as many as six. I still haven't worked out their movements, it's normal to see some together and then find the odd one somwhere else later. But four is a minimum because I've seen them at the same time! 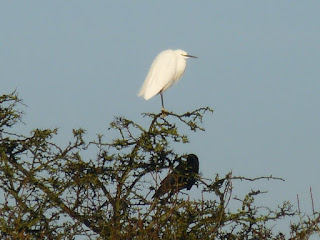 Old Big E is still hanging around. What a beast! 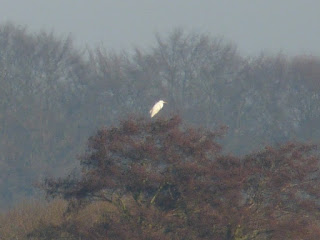 Normally seen hovering over fields it was nice to get relatively close to this Kestrel. 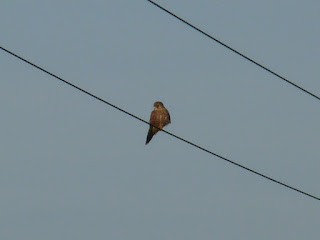 Useful comparison of Mistle Thrush with a female Blackbird. The poses are typical of both species. 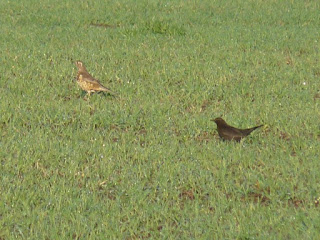 A 'Green' Pheasant. I'm not sure what the status of these birds is. There is a similar species Japanese Green Pheasant (Phasianus versicolor) but the green ones in UK are presumed hybrid and/or variant bred birds, so called 'tenebrosus' . I've heard it suggested they're released by keepers as 'markers', e.g. if you release 10 birds from 1000 on the estate and you only see 3 regularly in  January then around 700 birds have been shot. You can see the logic, though I'd be surprised if it worked well in practice. Another likely and much more simple explanation is the estates just like the look of variant colour phases.

Edit: I came across another suggestion for releasing them - their behaviour is slightly different to 'normal' Pheasants and therefore offer a different 'sport' to guns. 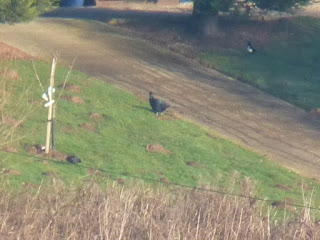 The final species tally went up by two, to 111, which is higher than 2015 but slightly lower than average over the ten years.