Until a few years ago Cetti's Warbler were rare visitors to Yorkshire. They first bred in the UK as recently as the early-70s and have slowly spread north ever since. If I remember correctly the first Yorkshire breeding record was at Tophill Low in the last decade.

In the last couple of breeding seasons there appears to have been a mini-explosion in E.Yorks with multiple singing birds at Hornsea Mere and around Tophill Low plus sites along the Humber. The other Yorkshire 'zone' is the established wetland reserves in West/South Yorkshire.To the north they are still rare.

Cetti's Warblers are notoriously hard to see but fortunately their call is loud and distinctive. Here's a YouTube video of one at Tophill Low last year.

Their habitat choice appears to be similar to Sedge/Reed Warbler and as such most of the reports come from reserves with abundance of this restricted habitat, and where birders hang about most often. While early colonisers are likely to find the best habitat on such reserves as they spread it's inevitable they will find smaller chunks of habitat to their liking.

With a small number of Sedge Warbler, mostly along Kelk Beck, and a smaller number of Reed Warblers, it has been on my mind to listen out for Cetti's for a while now.

Sure enough a Cetti's Warbler singing on my patch this month! To be honest I thought it would take a few more years but I'm not complaining! Sadly, yet equally inevitable, I failed to actually see the bird, only to hear its song.

And on that note, here's a summary of what was otherwise a relatively unremarkable May weekend.

A couple of photos. This Little Egret was at Wansford. I had my first April record last year, and this one represents my first May record. How times change! 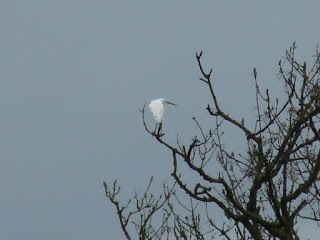 Sedge Warbler being relatively showy, helped by the low level of plant growth. They get a lot harder to see from now on. 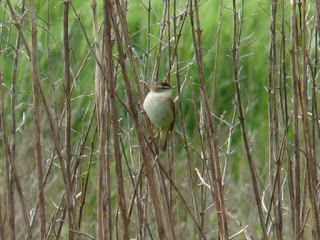 A whizz of a summary before my upcoming visit for May. While there had been a modest arrival of spring migrants, there was a long way to go.

Here's the Little Ringed Plover. The dry winter left almost no wet patches in the fields. This remnant being the most likely to hold a spring wader... and sure enough. 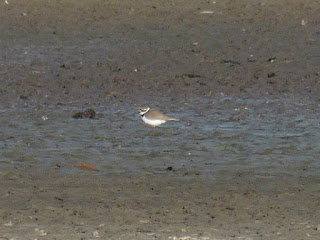 A good few additions to the year list (90 at the same stage last year):