We are in proper autumn now. Staring winter in the face. But it was more tail-end-of-summer three weeks ago at the end of September.

It was on the face of it set up to be an unremarkable weekend but it was anything but. The weather conditions were just perfect for raptors to be in the air on Saturday - warm, sunny, slight breeze - and the timing perfect for post-breeding dispersal and passage migrants. As a result there were 57 birds of prey noted, of 6 species. Some double counting could have happened but I'm fairly confident that amount was very low. Unfortunately I only had 2-3 hours on Sunday, but the conditions had changed (cloudy) and it was obvious a repeat wasn't on the cards.

Despite so many raptors I didn't get a single picture of one. Always too distant. Here's some alternatives instead.

Golden Plover. Autumn is the best time for these, or at least the most reliable time. Spring can see large flocks stopping off (the previous record count is from March) but they are unpredictable. Overwintering is almost unheard of here. 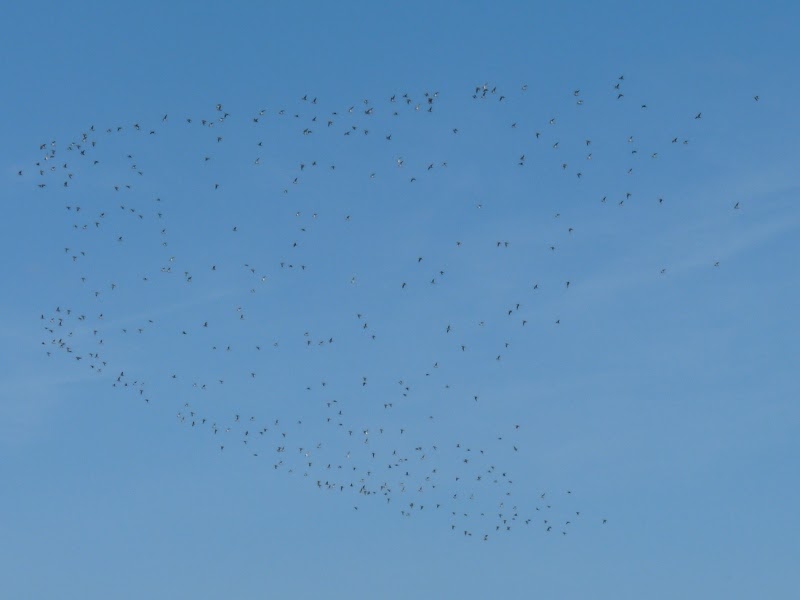 This family of swans at Harpham could be the ones that bred at the southern end of Kelk Beck. That pair disappeared in summer and I wasn't aware of a pair anywhere near Harpham. It would be the first recorded breeding at Harpham if there has been, though. 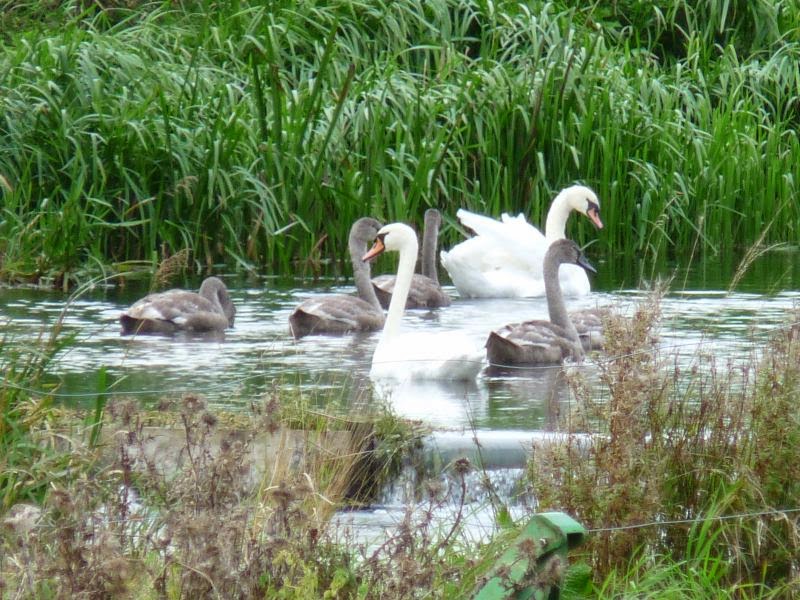 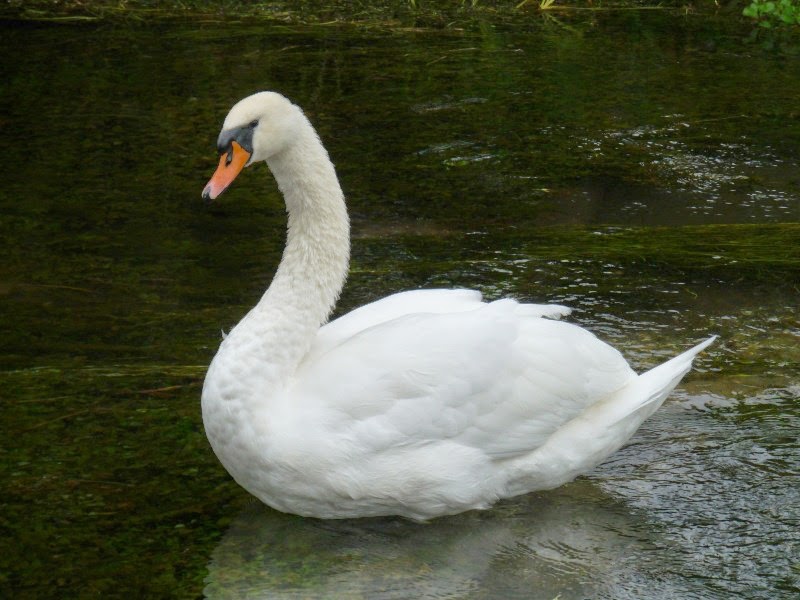 Pheasants everywhere. Hundreds of them. There will be less around soon. 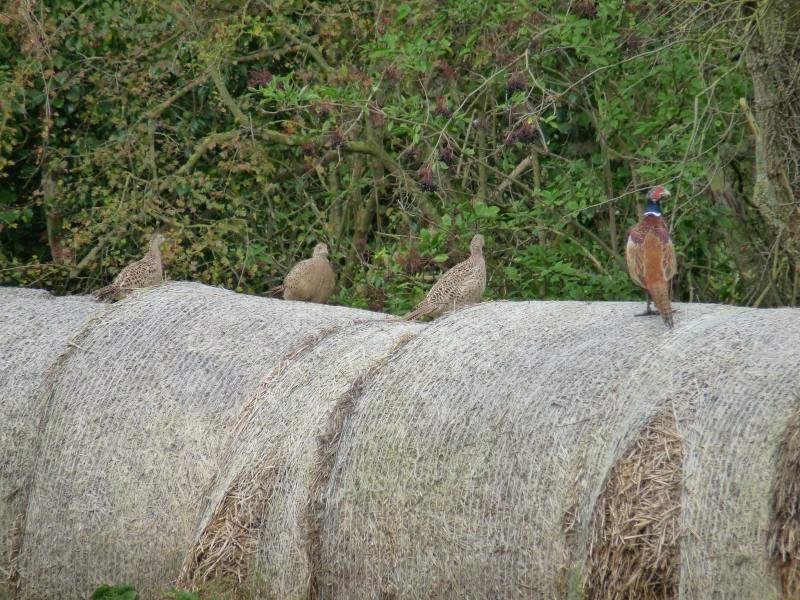 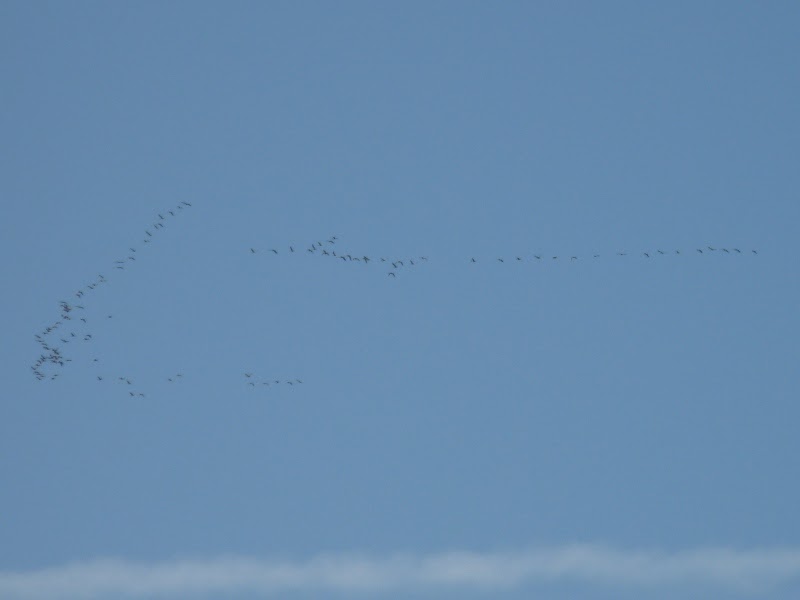 Just the funky buzzard added to the year list. It doesn't look like we're going to hit 110, which is currently the lowest total from recent years.

Whirlwind summary of weekend Aug 31st - Sep 1st. Only a month or so late...

Here's some Starlings doing their best to bring the power lines down. We don't get massive flocks out here, anything beyond a couple of hundred is good going. 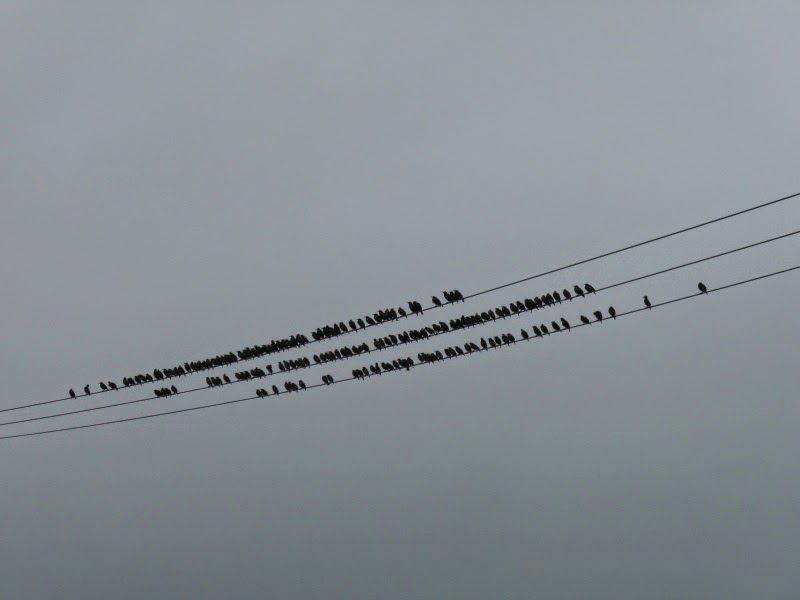 The only new species for the year was:

I also made a visit on 27th Sep and will put up a separate review of that shortly.
Posted by Bob at 13:39 No comments: