From a week ago when it was very windy. And totally rubbish. Bah.

Strangest by far was the build-up of Herring Gulls on Saturday. Around 170 were in a field at Harpham and another 250 near Kelk Lake, an incredible 420+ in total. Not a single 'black-back' among them and almost entirely adult birds.

In winter almost all big gulls are seen flying SW / S, only occasionally on the ground. The largest winter count in a day is around 120, with some larger counts up to 180 later in spring.

On Sunday 48 were noted flying through during the day, a relatively normal situation.

A mystery why so many should suddenly appear, but I bet the wind had something to do with it. 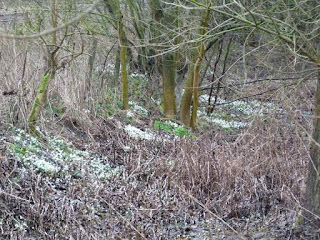 Highlights included 4 Little Egrets remaining at Lowthorpe (since at least December), an adult Peregrine, 4 different Green Sandpipers, 3 hunting Barn Owls and a Short-eared Owl. Not much action in terms of songbirds, mostly due to the windy weather making it hard work.

The absolute star was my first ever Nuthatch for the area, present between Lowthorpe and Harpham on Monday 1st February. I have long thought this would be a likely addition. In April 2015 one visited a bird table at Harpham but it didn't cross my path. It is entirely possible it is the same bird - they are very sedentary - that's been hiding away all that time. Indeed a second bird within the space of a year seems somehow less likely to me.

One of the Little Egrets at Lowthorpe. It's less than 10 years since the first one appeared (Kelk Lake) and I'm almost expecting to see them now. Amazing. 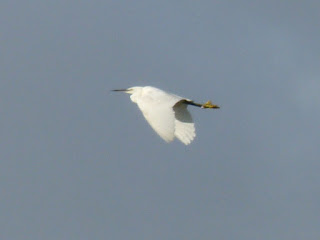 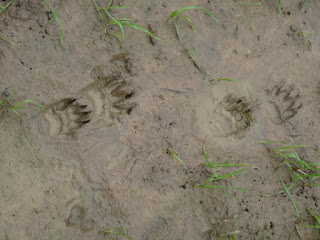 One of the daytime hunting Barn Owls, this one at Millingdale. I suspect they'd struggled to hunt during the windy weather but Sunday was quite calm, so 'make hay...' as they say. 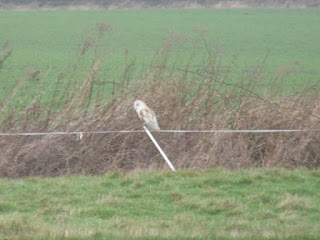 Seven deer. The one on the right has an unusual neck pattern. 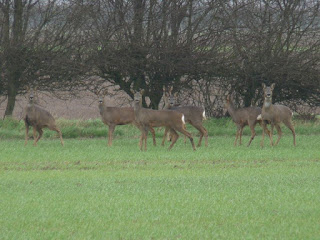 I've included several Grey Wagtail photos recently, but why the hell not they're fantastic birds. 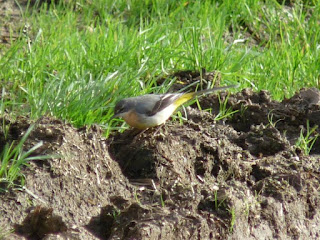