Snow held up play on Sunday and made for a slow start with 56 species noted over the weekend. The pick of the bunch was a female/imm Marsh Harrier along Kelk Beck on Sunday morning. Although regular in summer this is my first record during winter.

Conventional wisdom says they're summer migrants but in recent years more and more have been staying throughout. Blacktoft Sands is the most important site in Yorkshire (and in Northern England?) with a mightly impressive 30 roosting earlier this month. I remember seeing the first pair to return to breed in Yorkshire at Blacktoft in the early 1990s, having become extinct as a species in UK during the 19th century. I would not have imagined many years later I'd be seeing one floating around Kelk on a freezing January morning.

One of the five Little Egrets. I'm slowly getting closer to a good photo. 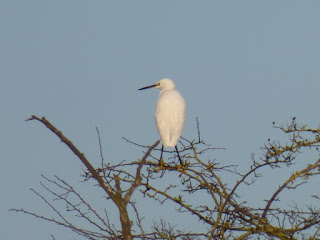 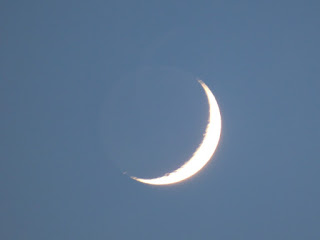 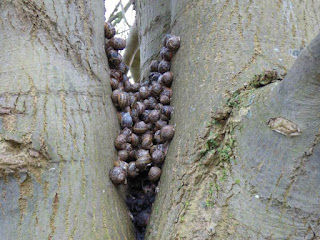 Trying and failing to squeeze a bit more birding out of the winter daylight. 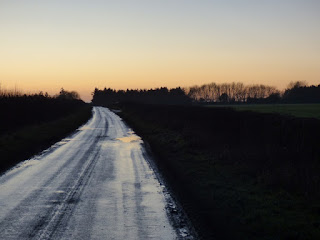 Wigeon in a blizzard. 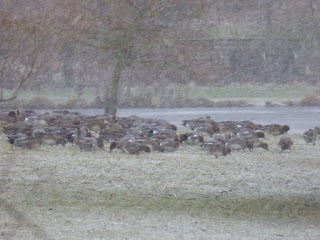 Hello 2018. The end of 2017 wasn't especially exciting and the species total of 106 was not improved on, so that's a new low marker. The years 2008-12 averaged 115 while the last 5 years it has dropped to 109. Three initial thoughts on what's contributed to the drop; 1) lack of weather/habitat for autumn wader passage, 2) lack of scarce ducks in winter, 3) decline toward local extinction of species such as Spotted Flycatcher and Turtle Dove. 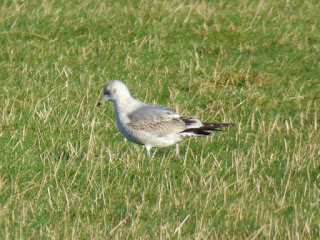 Three Fieldfares. Not easy to get close to! 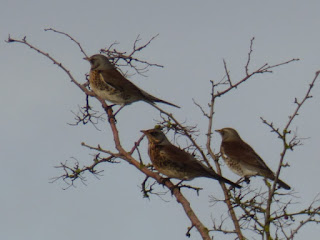 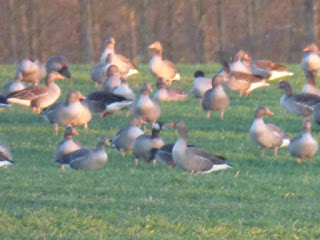 Mistle Thrush coming to seed put out on a shed roof. 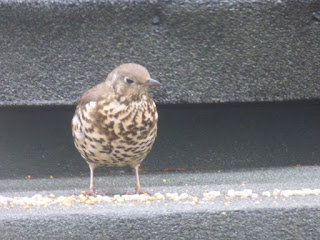 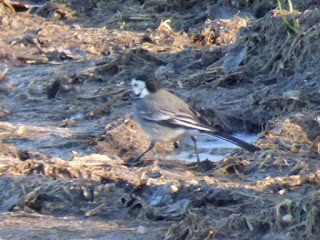 Until next time
Posted by Bob at 17:56 No comments: