Another winter almost over

Definitely still winter but not for long. Snowdrops in flower everywhere, daffodils poking through. Last weekend had that kind of feel about it - one senses birds are getting itchy to move on. Whole areas were very quiet, almost eerily so, and then you'd suddenly encounter flocks.

A record count for Fieldfare - 600 in one flock - comes off the back of an unremarkable winter for the species. They're clearly arrived recently and are gathering before migrating. Similarly, relatively huge counts of Lapwing, Linnet and Yellowhammer don't reflect the last few months.

Aside from this and the two Great White Egrets the picks of the bunch were Water Rail at Gembling, a Jack Snipe along Kelk Beck, 2 Green Sandpipers still wintering, and several Siskin.

Fifteen added to the year list, to a reasonable total of 71.

Buzzard. Not a weekend for them getting up in the air and showing well. This looks a pale bird, and that eye stripe is pretty distinctive! 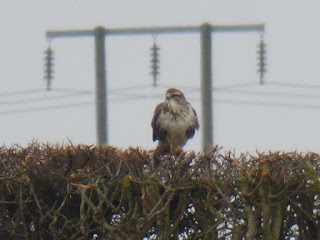 Herring Gulls already acting like a loved up pair. 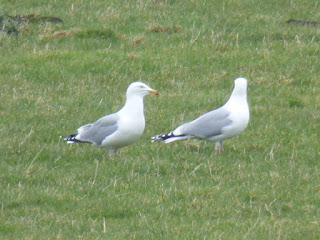 One of several triple-figure flocks of Lapwing totalling over 700 birds. This wouldn't be out of place in September, but is quite exceptional for February. 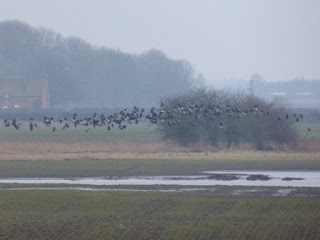 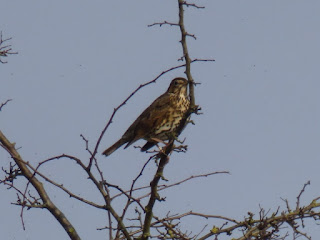 Yellowhammer female in Alders rather than their usual choice of thorn hedge/bush. 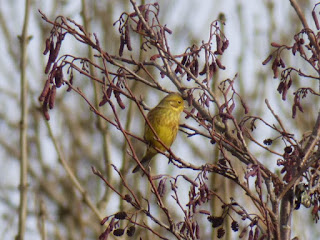 For big white birds egrets can't half be elusive. Er, assuming they're present, of course. Following the return of a Great White Egret in November it was disappointing there was no sign of it in either November or December.

Imagine my surprise when TWO were together between Kelk Beck and Wansford on Sunday. Note that two together is not unprecedented - November 2015 (photo).

It's interesting to speculate where these bird have been all winter.

Option 1: they've been here all the time but hidden. Entirely possible, given their habitat preference for drainage channels of which there are many out of sight across the area. That said, much like Little Egrets, they seem to move about a fair bit so I'm surprised I wouldn't have encountered one of them flying somewhere.

Option 2: they have been spending only some of the time here. There have been sightings earlier this month of single birds at Hornsea (8th) and Tophill (2nd), in addition to sightings at several places going back to autumn. That means there's either several locally or just a couple moving about. The latter seems the most feasible explanation. With sightings a little further away at North Cave Wetlands and Spurn it's possible they range very widely all winter (I'm not convinced) or there have been 3-5 birds in the county.

Option 3: there have been three birds passing through this winter, one on November and these two. This suggests either a) I have extraordinary good luck to pick the right days or b) many have passed through. I don't buy either reasoning!

Anyway, here they are. Very distant photos, but identifiable.

Bird 1 - flew with bird 2 but separated and carried on flying along a drain until out of sight. 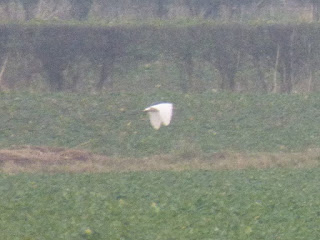 Bird 2, dropped into this drainage channel but eventually waded around the corner out of sight. 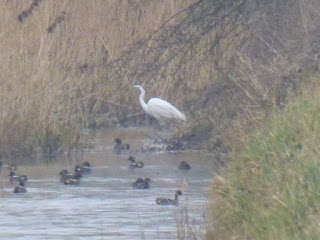 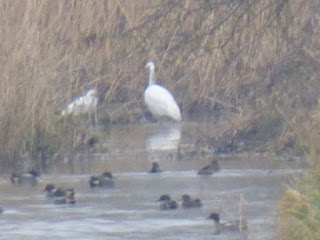 More from the weekend to follow...
Posted by Bob at 16:44 No comments: