The final two days of May saw a passing Red Kite, and a most welcome return for Spotted Flycatcher after two years absence. Summary as follows:

Warblers were not singing much due to the poor weather, e.g. only 2 Willow and 3 Sedge Warblers noted all weekend.

How confusing, a dead tree that isn't a dead tree. This pole is next to a garden and I think the 'pecker was using it to spy on a bird table. 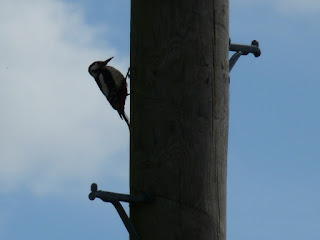 Lapwing, less shy for being territorial. 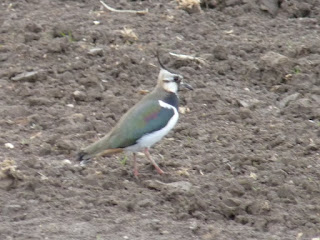 Photos can be deceptive... I've shown this to four people and they've all got it dramatically wrong, including one who thought it was the Red Kite. The fairly even-length primary wing feathers give a strange proportion and make it seem large winged, I presume. But no, it's most definitely a Skylark! 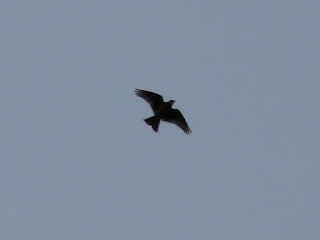 Mute Swan family. They have been roaming the length of the beck up to 2 miles from the nest site! 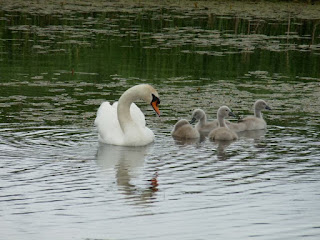 Tree Sparrow at dusk. There are a few small 'colonies' across the area, mostly associated with gardens. Occasionally double figure flocks can form in the fields in autumn/winter, especially around winter stubbles, though I didn't note any this last winter. 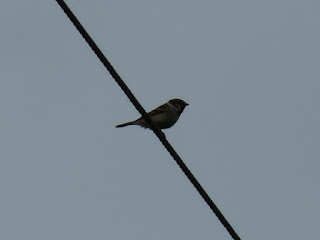 There were 3 new for the year