Fudge time. I'm pretending last weekend was January on the basis a) I couldn't make a visit in the actual calendar month of January and b) it's a cunning justification for another February visit.

Dominated by snow and cold it was a very wintery weekend. Lots of areas seemingly devoid of small birds (except gardens) Highlights were 5 Whooper Swan, Water Rail, Peregrine, Short-eared Owl.

One intriguing report has been of a possible Nuthatch visiting gardens up and down Great Kelk. At least three people have heard it and described the call (Nuthatch was my suggestion, not theirs) but as yet it hasn't been seen enough to describe it, beyond 'a small bird'.

Hopefully it will reveal itself before it disappears. I spent a while on Sunday morning looking but to no avail. To make matters worse it had put in a brief appearance 'half an hour ago'. Nooo!

EDIT (6-feb): Nuthatch turned out to be an odd-sounding Great Tit.


Four of the five Whoopers. Very unusual for mid-winter, most of the recent sightings have been of birds returning north in March/April. 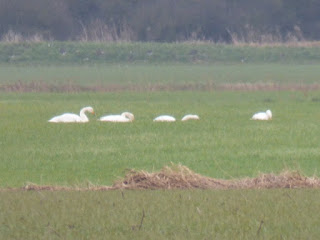 Terrible shot of a Barn Owl. You get the idea though. 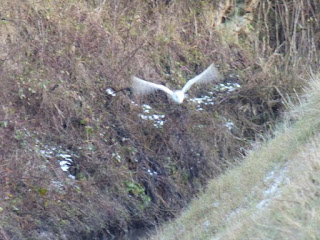 Blackbird coming to bird feed in a garden. 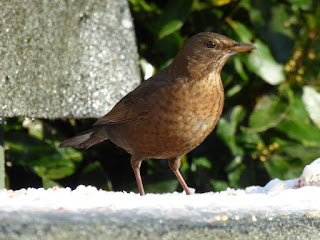 Best way to find a Buzzard in winter? Look at all the lone trees. 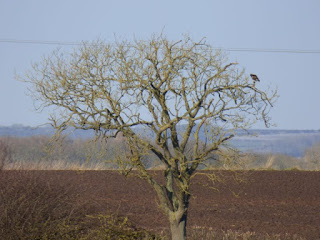 Fly-by Mute Swans on their way to join the Whoopers. 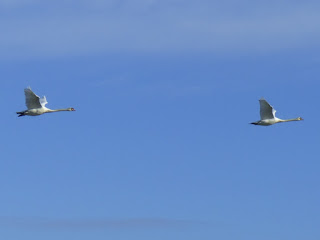 A strong start to the year list with a total of 64, and that doesn't include several obvious birds like Skylark and Coot.