No thanks to the utterly crappy weather (ooh look, more rain) but 2012 ended in fine fashion with a spectacular fly-through male HEN HARRIER. Backup also provided in the form of Brambling, Peregrine, Barnacle Goose and 2 Jays.

A completely different day - sunny but a very stiff wind. Not ideal. In the morning around Harpham were; 3 Buzzard, 1 Kestrel, 1 Peregrine causing chaos among flocks of pigeons near the beck, 30+ Herring Gulls moving through, 2 Great Black-backed Gulls, 2 Great Spotted Woodpecker, 1 Grey Wagtail at New Road, 30+ Fieldfare, 2 Redwing, 1 Goldcrest, 2 Jays together in Lingholmes. The two best birds, and only year ticks of the weekend were seen a few minutes apart. First up was a Brambling that flew into beech trees at Lingholmes. It's been a couple of years since the last one so the feeling was good!

Not as good as what happened next though. Looking across at the flood water by the beck I noticed the small group of gulls causing a fuss - a male HEN HARRIER moved quickly through them all and over the beck and away as soon as it had arrived. Wow! I had two records in the 90s of 'ringtail' (female/imm) birds but this is the first of this highly sought after raptor. Persecution on grouse moors appears to have driven them to near-extinction as a breeding bird in England but there are still a few hundred in Scotland where this bird is most likely to have come from. A male was also seen at North Cave Wetlands - approx 20 miles SW - on 26th Dec. Given their scarcity one might conclude the same bird is involved.

After all that excitement there was just time for a quick spin around Gembling and a bit of Kelk Beck; 4 Mute Swan, 1 Greylag, 18 Canada Goose, 2 Barnacle Goose (uh-oh, in the company of Canadas!), 120+ Teal, 80+ Mallard, 1 Heron, 1 Sparrowhawk, 12 Fieldfare, 1 Bullfinch.

Grey Wagtail being very photogenic at Harpham - typical of them to feed on floating vegetation caught at the side of the beck. 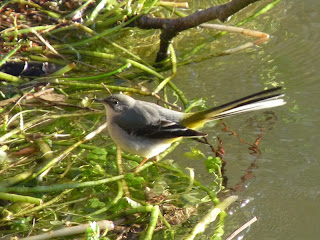 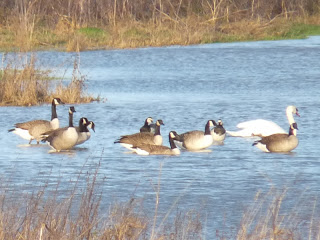 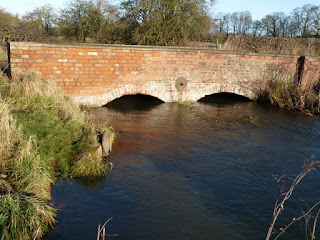 Lynesykes Bridge: not as bad as the summer flood a few years ago but this is the highest I've ever seen it in winter. 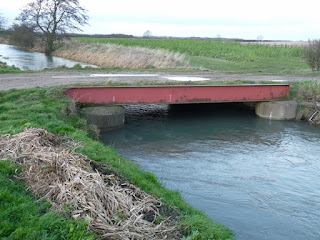 Water where it shouldn't be at Gembling. You can see the drain running through the middle. 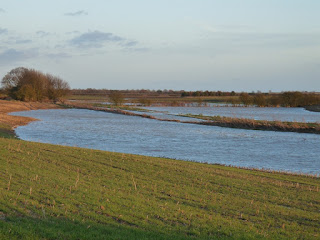 I will put together a review soon, but what will 2013 bring?

November. Yeah. Ok, this will have to be brief if I'm to get it out before next month (correction, this month)

Highlight of the whole weekend, at the last gasp of daylight was 2+ WAXWING going to roost in Little Kelk. There were possibly more but it was fading light - I could definitely see two but the calling suggested there may have been more. This is my second record, the first being about 20 years ago, practically in the same spot!