So it seems the Cattle Egret has been hanging out at Hempholme near Tophill Low since it left Kelk - about 5 miles as the egret flies.

I hadn't realised that presumably the same one had been seen in November near Spurn. Maybe it was flushed from its favoured field at Hempholme and flew up to Kelk on 18th Dec, decided it wasn't as good and went straight back the following day.
Posted by Bob at 12:01 No comments:

Looking out of the window at the miserable murk that passes for weather today I was reminded of a work email I received late last year which contained the timely typo "And so in summery..."

Anyway that's the title explained. I thought a review of 2011 might pass some time. First some numbers...

The first visit of the year was during the remnants of the hardest winter for a generation. And it showed. Most birds had cleared out of the woods and hedges, some into gardens, some out of the county, but no doubt many lacking the migratory instinct had perished.

A Little Egret was the fourth record for the area. Also in January were 91 Pink-footed Goose, a Water Rail, 2 Woodcock and 2 Green Sandpiper. February was positively Spring-like and there was a lot of water on the fields; 14 Wigeon and 140+ Teal were in the area. 3 Treecreepers together at Harpham made quite a sight. A herd of 15 Whooper Swan flew in from the south and spent an afternoon in Kelk in March. Other goodies in this month were 23 Wigeon on a flooded field, a Curlew and the first Chiffchaff.

Migrants were arriving early in April with several warblers breaking their own records and an unprecedented number of Yellow Wagtails joining them. There weren't many scarce birds to admire though a fine male Wheatear in Kelk was very welcome as were the pair of Little Ringed Plover in April and May. A Whimbrel heading east was probably the best of the bunch.

Good numbers of singing warblers were doing their thing, especially Blackcap and Whitethroat. Single Grasshopper Warbler and Garden Warbler were a joy to hear. The first sightings of Hobby and Marsh Harrier for the year did not hint at what might happen next.

The first surprise of the summer was an influx of Quail with birds noted calling at four sites. I even got a brief glimpse of a bird near Gransmoor Lane. This can only have been a sample of the birds present and surely many must have passed unnoticed.

A female Pochard was noted with young in June - the second such event in recent years. Later in the summer the Marsh Harriers had two young on the wing and Hobby looked to have been successful too. Our Buzzards keep being productive - 11 were seen on one day in September. How the Buzzard-free past seems a long time ago!

Scarcer birds were in fairly short supply, understandably, but a Spotted Flycatcher put in an appearance and a surprise flock of 12 Greenshank flew along Kelk Beck. Bizarre. It was left to gulls to provide the summer highlight - 2 Yellow-legged Gulls feeding behind a working tractor with a large number of other large gulls.

The latter months started to hot up with a Ring Ouzel, a Crossbill, a Redpoll and a Mediterranean Gull in October. There were plenty of common farmland birds too - flocks of 80 Tree Sparrow and 90 Goldfinch are significant local counts.

November tried to calm down a bit but a national influx of grey geese made sure it didn't - Kelk played host to 11 White-fronted and 25 Bean Goose. Truly remarkable stuff, it's just a shame they were only seen through thick fog. A healthy 'corvid' roost at this time held around 1000 Jackdaw and 2000 Rook.

Despite all the scarce birds this year - Little Egret, Quail, Yellow-legged Gull, Crossbill, Ring Ouzel, Bean Goose - there was one thing absent, a first for the Kelk area. So as if by magic a Cattle Egret apppeared in December, a first and the rarest bird I've ever seen locally.
Posted by Bob at 17:12 No comments:

Quick write-up from last month - a couple of frosty days with a light but still biting breeze. 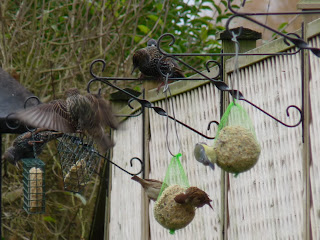 Tree Sparrow, Blue Tit and Starlings on feeders at Lowthorpe. There's a reasonable sized colony of Tree Sparrows here but they're a devil to see as they keep to the gardens and hedges. 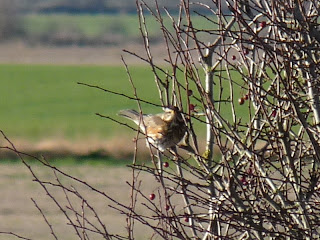 A not quite in focus Redwing by Kelk Beck. This is the first one I've managed to get a picture of. 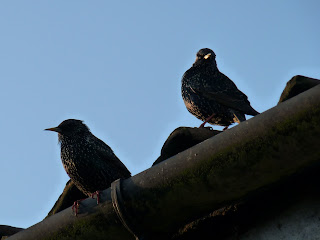 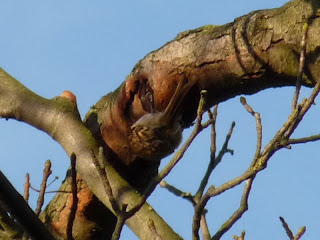 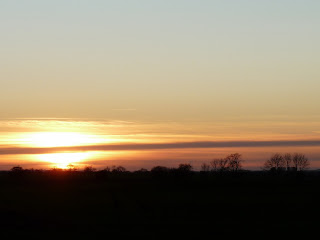