Barn Owl vs Prey vs Bob

East Yorkshire is an important area for Barn Owls and I've seen a lot of them over the years around Kelk. They're delightful to see and capture the romantic view of nature perfectly. Mostly you'll see one quartering along a hedgerow/verge or over a rough field. If you stand still you might be lucky to get a close fly past (though being in a car is perhaps more of a guarantee).

What you don't expect is what happened on mid-afternoon Saturday in the blazing sunshine - for one to land on a post just a few yards away and proceed to locate its prey, catch said prey and return to the post. All in all about 4-5 minutes of HOT BARN OWL ACTION!

Good job I had my camera.

I was watching it fly across some rough ground, assuming it would turn away when it got close. Instead it flew right at me to within six feet then banked right and dropped down on to the post next to me. 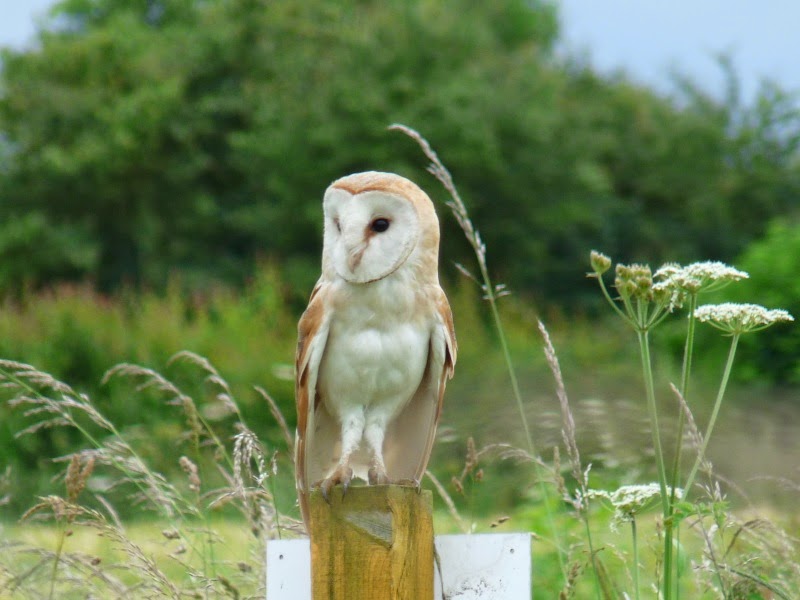 It didn't seem bothered by my presence at all. It looked at me a few times and only reacted if I made a sound, while my movement generally was ignored (I tried to be quiet / still !!!) 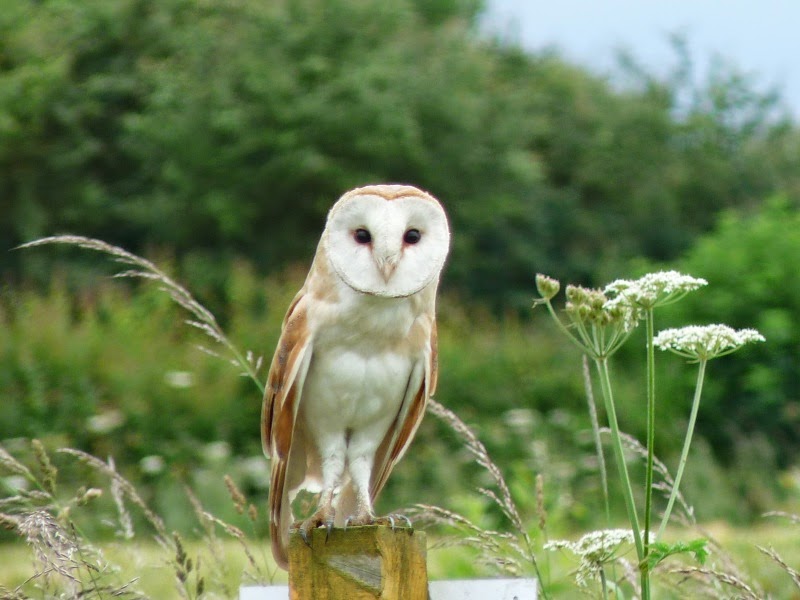 After a minute or so I realised it was actually hunting as it started to stare at the grass below. 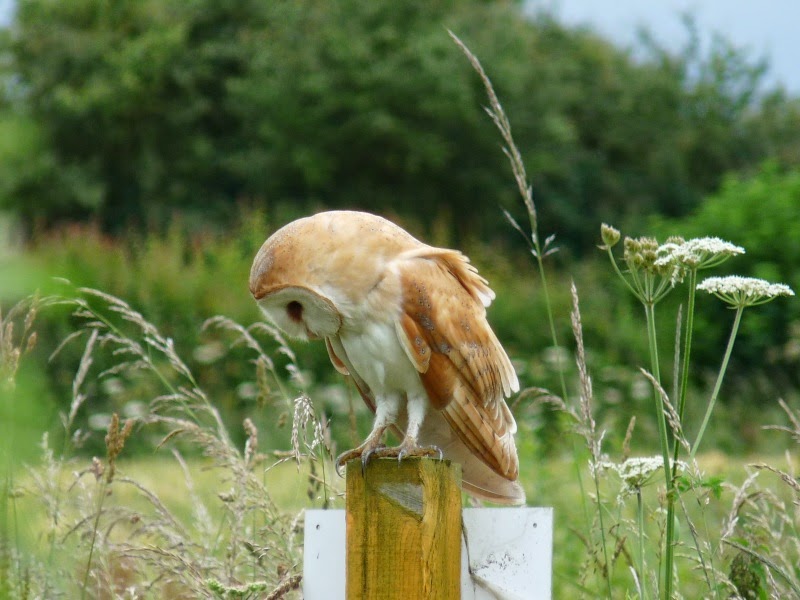 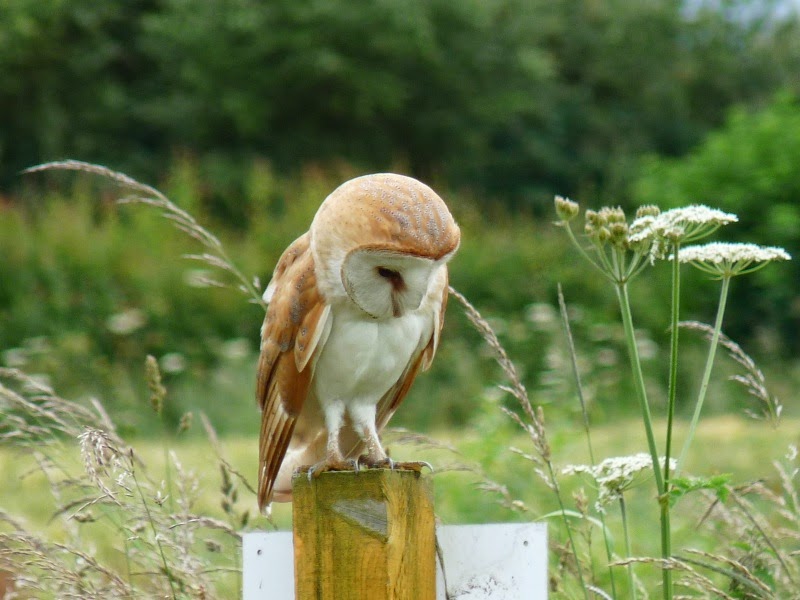 And suddenly, BAM, it dropped down and disappeared into the vegetation. I missed the photo! About 20 seconds later it flew straight back up to the post. 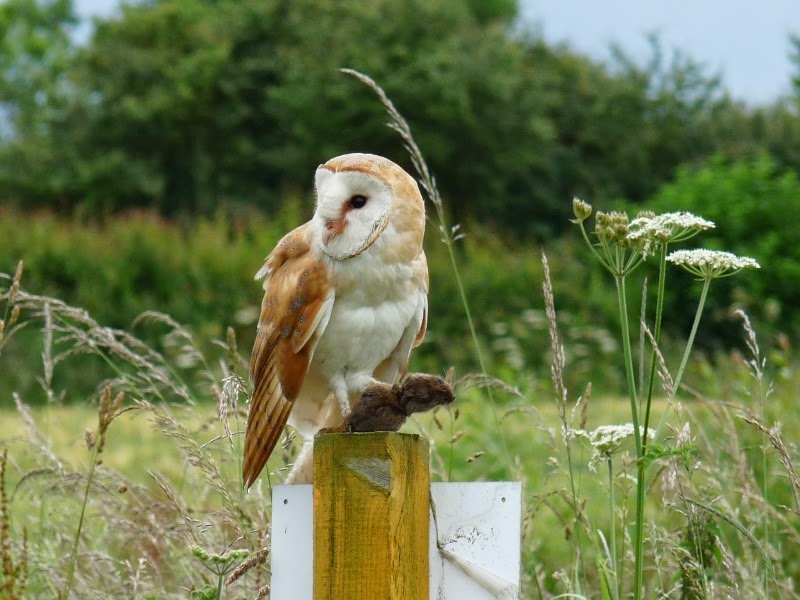 After doing a little readjusting it flew off with it, presumably to a nest full of hungry mouths somewhere nearby. 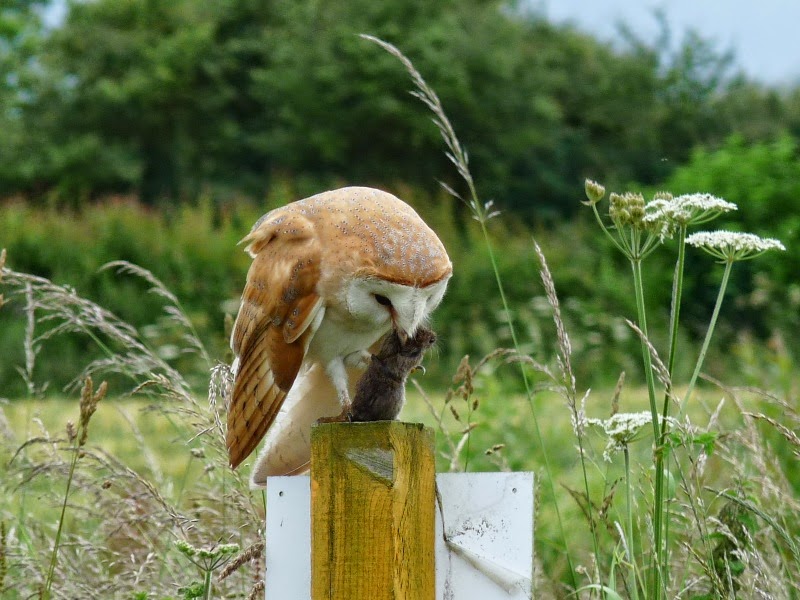 Something a bit different today.

On Saturday there was a fly past of a Lancaster, Spitfire and Hurricane as part of "The Lord Mayor's Centenary Celebration" in Hull. Somewhat unexpectedly they headed north over Kelk late morning... as the snaps below demonstrate!

There are of course several WW2 airfields in East Yorkshire including the nearby Lisset Airfield (wikipedia entry) which appears to have hosted Halifax bombers rather than Lancasters.

If you've never seen the seen the memorial it's worth a look - here's a YouTube vid "Lissett Airfield Memorial to Raf 158 Squadron pt. 1: Propellers at Lissett by Novera Energy 2009". 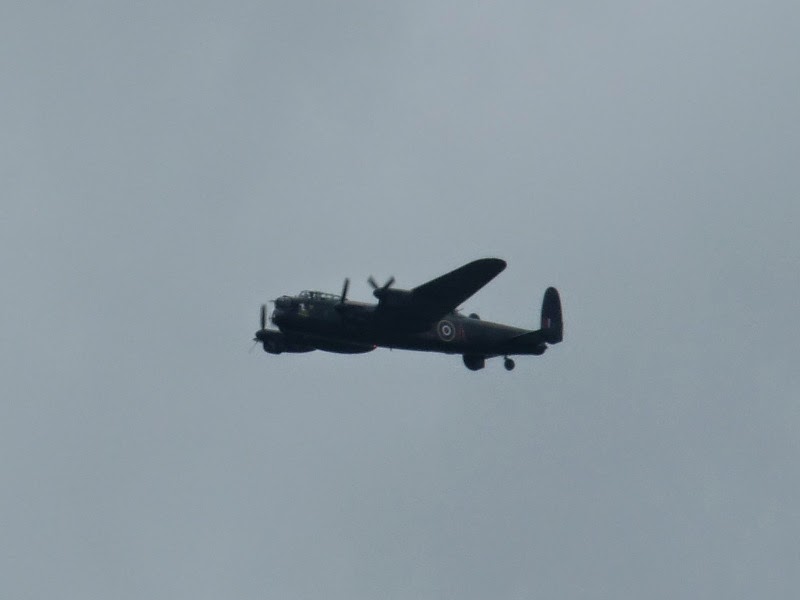 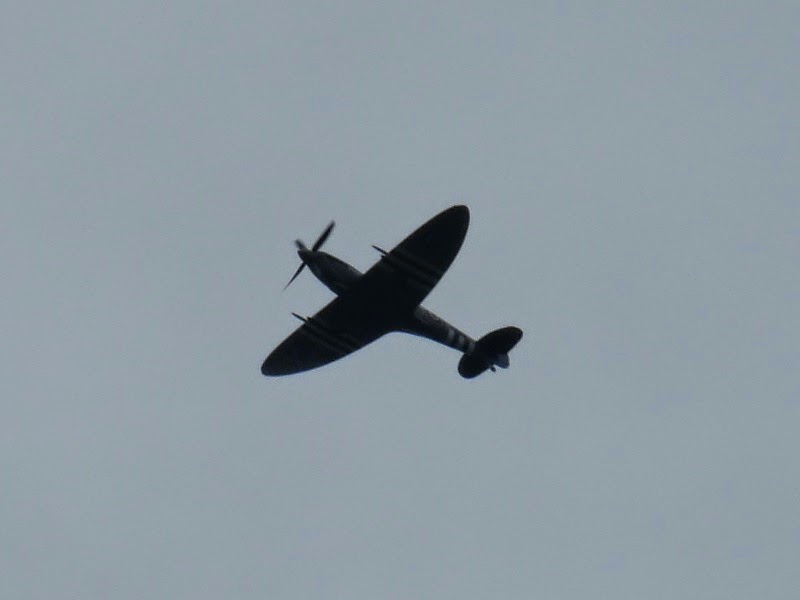 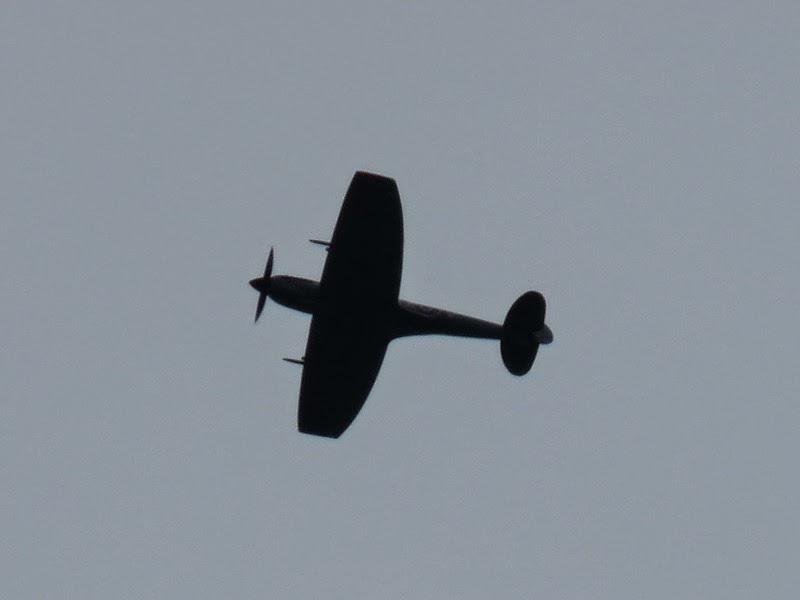 I had the opportunity to pay a brief visit this weekend while on other business. As delightful as it was the relative blazing heat/sun in the afternoon on Sunday didn't inspire much confidence for seeing many birds but a 3 hour look around Kelk and Gembling netted a handful of decent records.

Brimstone - 2 at Gembling (moderately scarce locally)
Roe Deer - 1 at Kelk (not easy to see in summer!)

I was surprised to see standing water at Gembling. It got me thinking - would it be too much to ask for a few spots of decent wader habitat this autumn? 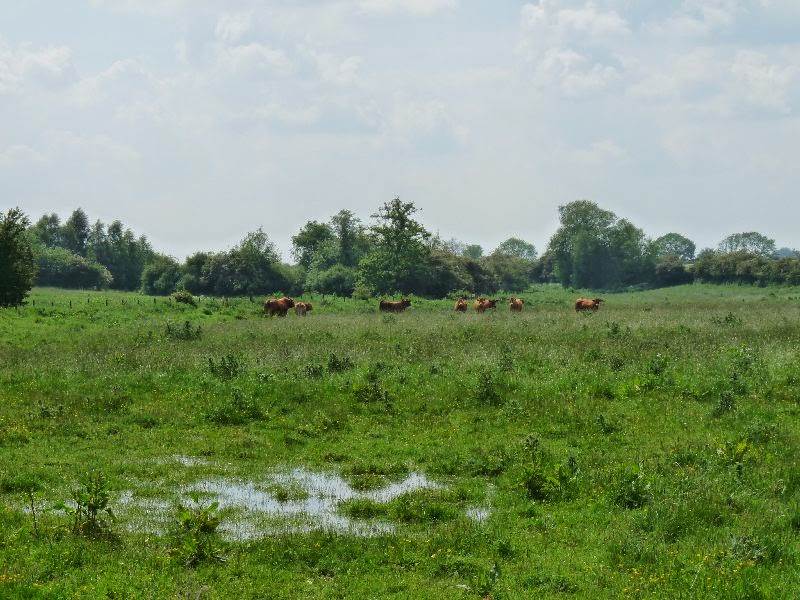 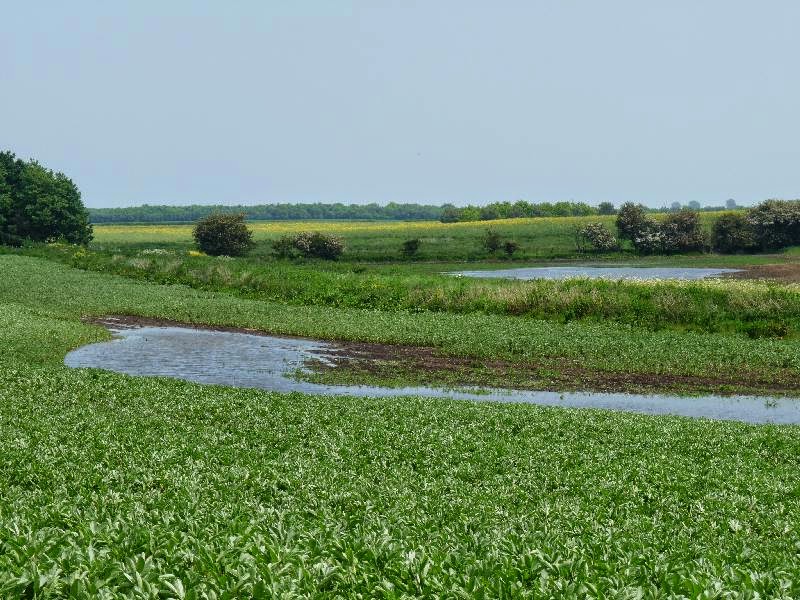