A Tale of Gloomy Halves

November visit in the bag. Time to move on. Good grief that was a gloomy weekend. Saturday was a wash out though I managed to get out for a couple of hours at the end of the afternoon. Sunday was at least dry but oh was the visibility atrocious.

There has been A LOT OF WATER fall on the area. The beck is much higher than I've seen it for a good few years. Field floods are everywhere. As tough as that is for farmers and wildlife, it'll be interesting to see if anything unsual makes use of them over winter and into spring.

No new species for the year but some decent highlights: a new high of 14 Little Egret, Marsh Harrier, Water Rail, Short-eared Owl and Little Owl. Some outstanding counts of commoner birds were c500 Teal, 900 Herring Gull, and a respectable 90 Yellowhammers.

Over the limit. Wansford. Yikes. 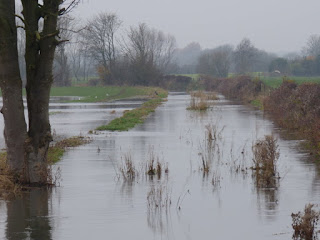 And still they keep coming. Counting them is normally difficult as they move around a lot and hide out of view. I've had one day count possibly into double figures before but this is the first confirmed.  It is possible they're more visible than usual because the drains are full, forcing them into the fields where all 14 were seen. These three were on a field at Wansford. 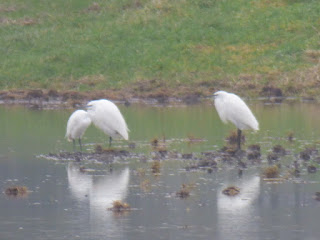 Part of a huge Teal flock. I guess they're attracted to the flooded fields at quiet/safe times of the day but happy to squeeze into small spots in the day for roosting. Even so, I've not seen numbers quite on this scale here before. 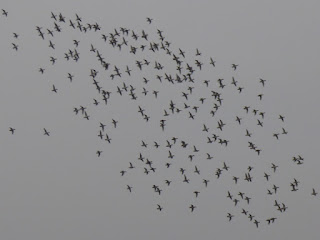 Until December - stay dry everyone!